Rev. Ruth Wood, the first woman ordained as a Methodist minister in the state of Mississippi, was called home Monday, May 24, 2021.

In 2006, there was a denomination-wide celebration of the 50th anniversary of General Conference giving women full clergy rights, and Wood reflected on her experience of hearing a call to full-time Christian service and beginning her journey to pursue ordained ministry. Wood shared that she was not welcome with open arms and knew that some people did not want a woman preacher, but she decided to press forward anyway.

“I had things happen that made me wish in a way I had never gotten involved, but I never could stop,” said Wood. “I knew I had to go on. It was the Lord’s business, and I had to go on no matter what anyone said or did.”

Much has changed since Wood’s ordination. Women are much more common across the denomination, and in 2004 the Mississippi Conference received Bishop Hope Morgan Ward as its first female episcopal leader.

Upon hearing about Wood’s death, the Mississippi Conference’s current episcopal leader, Bishop James E. Swanson Sr. had this to say about the trailblazer:

“Her being was obedience to her call. She served faithfully, loving those she served, inspiring other girls and women to hear God’s call and to see themselves in her. She became the root from which every woman in ministry in Mississippi United Methodism grew, and I dare say with some assurance even other women in ministry outside of United Methodism in Mississippi and around the world.” 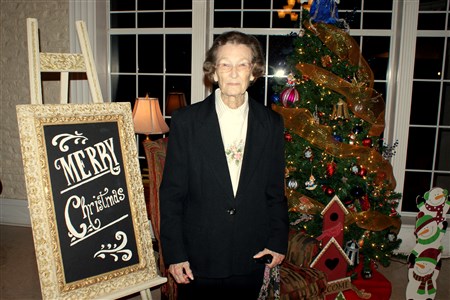 Virginia Ruth Mayhew Wood was born on August 10, 1925, to Henry Ivan and Ora Allee Graham Mayhew in Etta, Mississippi. In 1943 she was valedictorian of Macedonia High School and graduated from Wood Junior College in 1945 majoring in English with a plan to teach. She did complete her English degree, but did not make it to the classroom. Instead, in 1959, after feeling the call to ministry she became the first woman licensed to preach in the Methodist Church in Mississippi—three years later becoming the first ordained female Methodist minister in Mississippi. She served Pleasant Grove, Liberty, Crossroads, Jumper town, Blackland, Oak Grove, Carolina and Grace United Methodist Churches in Booneville; and at Dennis, Golden and Old Bethel United Methodist Churches in southern Tishomingo County. Wood also pastored at Box Chapel, Hopewell and Indian Springs United Methodist Churches in Alcorn County; and at Walls, Lake Cormorant and Robinsonville in DeSoto and Tunica counties.

Ruth was preceded in death by a baby sister, her parents, two brothers, her beloved husband and a great-grandson.