Message on Justice for VCC 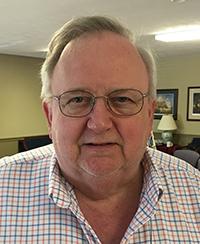 The lyrics from the hit song "For What It's Worth," continue to assert their relevance since its debut 50 years ago by the American-Canadian rock band, Buffalo Springfield.

According to Wikipedia, the song was inspired by the Sunset Strip Curfew riots in Los Angeles back in 1966.  Consequently, the number became known as the protest song.

In preparing the hearts and minds of those at the table for the recent Mississippi Conference Vital Congregations Committee (VCC), the Rev. Joe Landrum played the tune for the meetings devotion. He invited VCC members to the sing-along.  Many of their voices elevated at the well-known chorus.

"I think it's time we stop, hey, what's that sound?
Everybody look what's going down..." 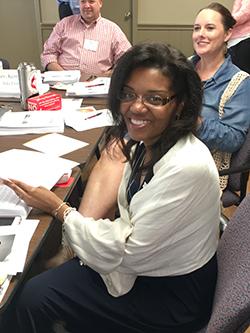 At the end of the melody, Landrum welcomed members to share their thoughts triggered by the song.
Immediate responses included:

Landrum proceeded to state that "the world by no means has come to grips with race."   He explained how his thinking and Christian conversion experiences have always centered on justice, (a Core Value of the Mississippi Conference and theme for the 2017 annual conference session.)   He shared briefly about his witness to race relations as a young boy to his adult years.  Landrum's bottom-line point to the group was to live justly.

Bishop James Swanson Sr. was present at the meeting.

"I've always loved that song. It's a thought-provoking song about choosing sides," Swanson stated. He wholeheartedly agrees with Landrum.

"The church has got to understand we should politic so that our laws reflect our heart, but we have to know that's not the answer.  This is only a way to set up an environment where we protect those who cannot protect themselves.  The church's ultimate goal is not the laws--our ultimate goal is to create a society where people love each other.  This can only happen with a relationship with Jesus Christ," said Swanson.

The Lay Leader for the Mississippi Conference, LaToya Redd Thompson voiced her thankfulness for Landrum's message as well.

"I was so appreciative of Pastor Landrum's perspective...Pastor Landrum demonstrated that loving people unconditionally, not in order to change them, but so that they know the love of Christ through us, is the most important job we all have -- lay and clergy," she said.

The vital congregations committee is a discernment body that ensures the ongoing effec­tiveness and oneness of annual conference churches, ministries, and committees.

The extended cabinet nominates the membership which is comprised of nine churches (each represented by a pas­tor plus a member). Once the call is accepted, the congregation recommends a pastor and a congregational member with demonstrated leadership ability.